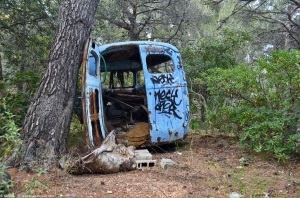 Like we mentioned last week, we’re embarking on a new series that covers cars and vans hiding in an abandoned campground located on the outskirts of Marseille, France. All of these cars were stolen, stripped and hidden out of sight decades ago. The ones that we’re showcasing were all built in either the 1950s or the 1960s, but the odd part is that there are also a handful of more modern cars like a Peugeot 306 and at least two first-generation Renault Clios. The place looks like a stolen car depot passed down from father to son.

We’ll feature the cars in the order that we photographed them in: Walking from north to south through the vast, wooded plot of land. The campground hasn’t been used in decades and it is littered with car parts as well as miscellaneous scrap metal, construction debris and so forth. The only indication that this was once a place where families went on vacation are portable plastic toilets.

Following last week’s Citroën H tow truck, the second commercial vehicle in the series is a late-1950s Peugeot D4A, the predecessor of the better-known J7. The D4A’s 403-sourced four-cylinder engine has been removed but the transmission and the rest of its mechanical components appear to be intact. Most of the interior is also accounted for, although decades of graffiti and general vandalism has made salvaging parts nearly impossible.

We’re not sure what to make of the two “Camel Trophy 1988” stickers located on either side of the front end. The D4A obviously didn’t participate in the 1988 edition of the 4×4 Olympics but the stickers could indicate the van was still driving around 25-years ago.

Similarly, it’s hard to tell what the van was used for. The wood-lined ceiling and the long windows on both sides indicate it wasn’t a run-of-the-mill delivery van, but we didn’t find any evidence that there were ever seats in the back so it likely wasn’t used to haul around people, either. A camper, perhaps? 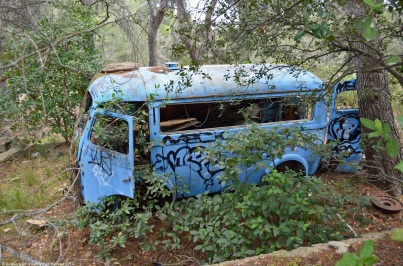 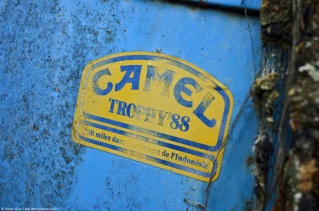 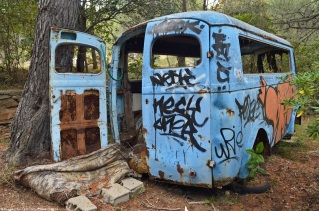 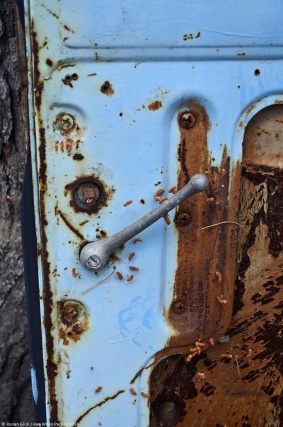 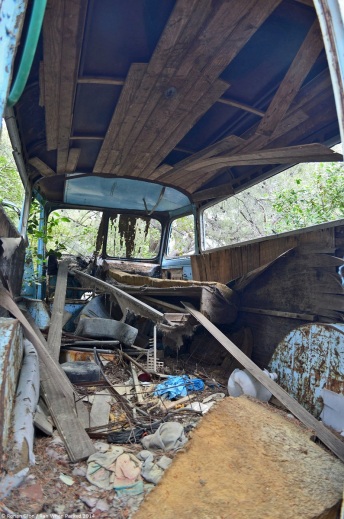 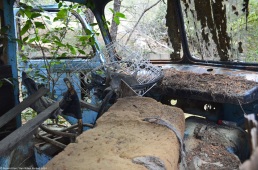 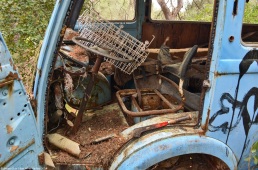 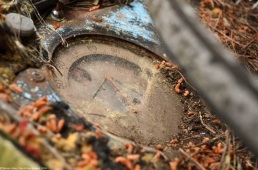 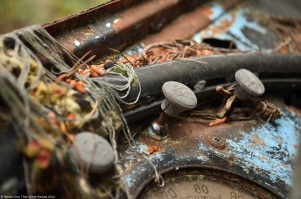 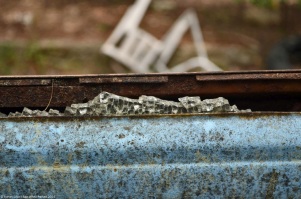