Last March, we reported that a Holland-based Citroën club called Citroën Forum was planning on celebrating the CX’s 40th birthday by re-tracing the media drive that journalists from all over Europe embarked on to discover the automaker’s new flagship in 1974.

Appropriately named CX Raid Arctique 2014, the event kicked off two days ago and the participants are currently making their way across Sweden. The group is made up of 17 CXs including eight from Holland, three from Finland and one each from Australia, France, Germany, Luxembourg, Norway and Russia.

A Norwegian enthusiast named Joar Rasmussen was kind enough to provide us with a report and some great photos from the first few days of the trip. Joar drives a 1986 CX GTI Turbo that is fitted with an engine from a 1987 Turbo 2.

Background
The Raid Arcticque 2014 commemorates the Citroën CX launch event 40 years ago: 400 journalists were flown to Gällivare, Lappland for the reveal of Citroën’s latest masterpiece. This, of course, is worth celebrating – so a few Dutch and one Luxemburger set out to do exactly that.

Paricipants make their own way to the start of the mini-prologue in Kiruna. To get the right context, a book with collected magazine articles from the 1974 is handed out along with a road book.

The Experience so Far
After nearly 100,000 kilometers (62,000 miles) in my ’86 Turbo, I had no idea I could get to know my CX even better – but this trip brought great gravel roads (150 km/h [93 mph] on gravel has been tested), frost-damaged road foundations worse than I’d ever seen and more mosquitoes on the windshield than previously thought possible.

If anything, these conditions bring out even better the exceptional character of the CX – no wonder the area was chosen for the ’74 launch. Driving on frost damaged feels exactly like the problem the Citroën-engineers tried to solve with the hydraulic suspension: Even at excessive speeds it feels at worst like lying in a hammock that’s being slightly shaken. Equally unreal is letting go of the steering wheel on a really bad stretch of road, and admire the arrow-straight course of the car over the undulations.

Along the route, many Swedish Citroën enthusiasts have greeted us, bringing their cars – from Traction Avants and 2CVs to first-year CX2000 and final-version CX Turbo 2s. So a warm welcome from the local Citroënistas – less so from the local police which apparently needed to supply their income with a few thousand kroner from the Raid participants (speeding? No – the limit’s 100 km/h here, right?)

But all is end that ends well, and right now I’m sitting at beautiful Hotel Kungshagan with a Carlsberg in my hand – ready for another night of Citroën talk, good food and drink.

Resting at night, outside camping cabin near Røros, Norway.

Outside the old copper mines of Røros, Norway.

Trees are extinct near Røros, as they burned every piece of wood in the copper mines. 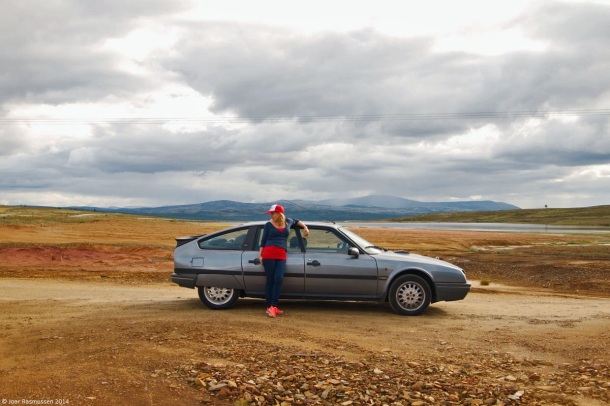 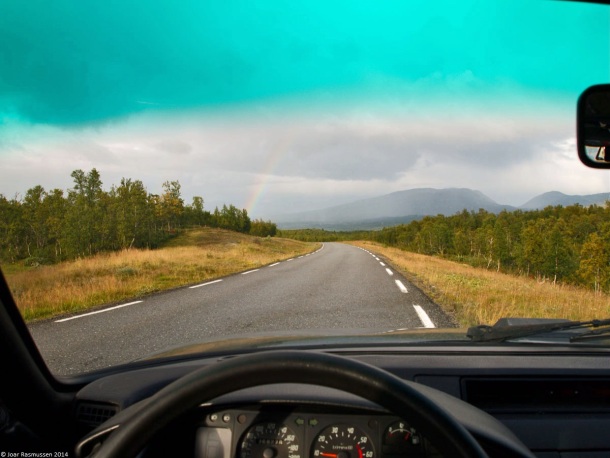 Kick Off in Kiruna – road assistance is never far away. 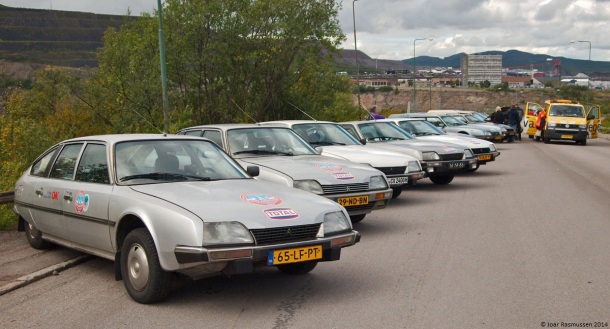 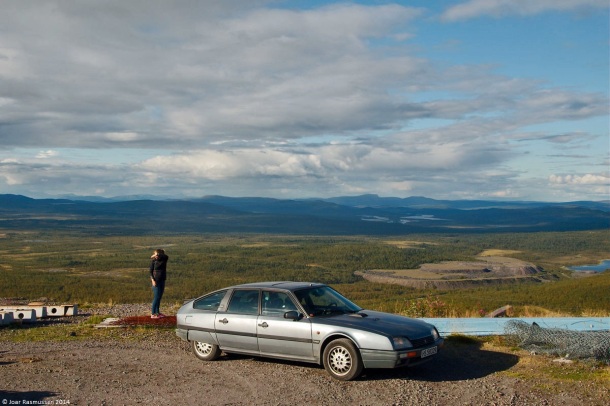 Outside Dundret, where the journalists stayed in 1974. Obligatory christening of the cars in champagne before the start of the classic Raid Arctique route.

Wide open and almost empty roads of Swedish Lappland in the summer.

Group pose at the Arctic Circle. 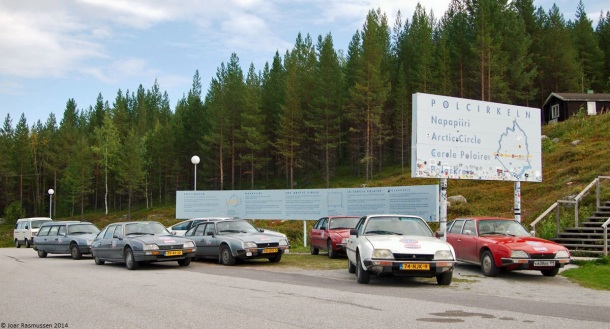 Parked at the old gas station in Östersund museum.

You’ll have to look long and hard for a prettier rear view.

Photos by Joar Rasmussen, save for the final two which were taken by Johanne Stemre.