The Mazda MX-5 Miata is not the only rear-wheel drive, two-seater Japanese roadster that was presented to the public in 1989. Suzuki traveled to that year’s edition of the Tokyo Motor Show to introduce a close-to-produciton concept that previewed the Cappuccino convertible.

Production of the Cappuccino kicked off in 1991. The roadster featured a long hood and a short decklid, typical sports car proportions, but there was a catch: It was classified as a kei car in Japan. It stretched just 129.7 inches (329.5 centimeters) long and 54.9 inches (139.5 centimeters) tall.

The engine’s size was also limited in order to comply with the regulations that applied to kei cars. The Cappuccino was consequently powered by a front-mounted 657cc three-cylinder engine that sent 63 horsepower to the rear wheels. That’s not a lot on paper, but it was more than enough for a car that tipped the scale at just 1,598 pounds (725 kilos).

The Cappuccino was initially designed exclusively for the Japanese market but demand from importers and distributors in Europe quickly convinced Suzuki to develop a European-spec model. The Suzuki Cappuccino Owners Register for Enthusiasts (SCORE) claims 1,100 Cappuccinos were sold in the United Kingdom between 1993 and 1995. Time has not been kind to the topless kei and website howmanyleft.co.uk finds there are just 303 Cappuccinos currently licensed in the UK.

400 additional examples were scattered across France, Holland, Sweden and Germany. They are understandably a rare sight today, and we’ve personally never seen one in the metal outside of Japan.

Production of the Cappuccino ended in late 1997 after 28,010 examples rolled off of the Kosai, Japan, assembly line.

Will the Suzuki Cappuccino become sought-after by kei car enthusiasts? 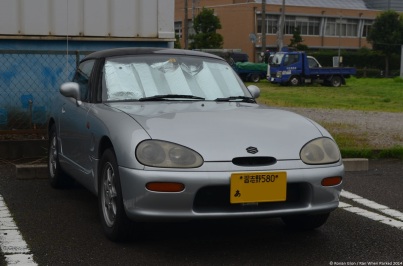 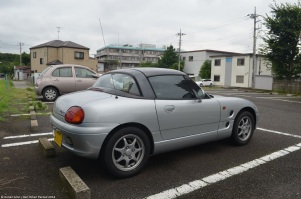 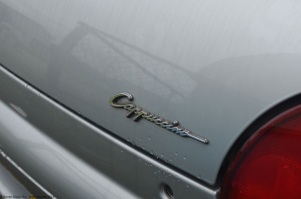 2 thoughts on “Is the Suzuki Cappuccino a future classic?”