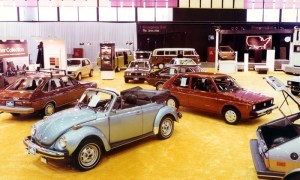 The first edition of the Chicago Motor Show was held in 1901, making it one of the oldest car shows in the world. The Chicago show was once one of the nation’s largest automotive events but it is overshadowed today by bigger, more important industry trade shows held in New York, Detroit and Los Angeles.

Inspired by our friends at Japanese Nostalgic Car, we browsed through the show’s vast archives and picked out noteworthy photos of European cars on display during the 1970s. For many, the 1970s marked the beginning of color photography so these images allow those of us who weren’t around back to better experience each automaker’s stand.

The American automotive landscape in the early 1970s featured some odd trends, including the Europeanization of Ford with cars like the Capri and the DeTomaso Pantera. It’s interesting to note that some of the companies that are considered prestigious today were little more than also-rans back in the day because they were represented by their dealers or importers, not by the factory – look at the picture of the 1971 Lamborghini stand below. The following year Ferrari had four cars and what looks like a hand-painted sign.

Although the new car market in the 1970s was less diverse than it was in the 1960s, companies like Peugeot, Renault and British Leyland (later Leyland Cars) all attended the show on a regular basis. They likely assumed their sales would finally take off when the oil crisis hit in 1973, but domestic and Japanese automakers responded quickly with a wave of small cars that generally outsold similarly-sized models built by European automakers. 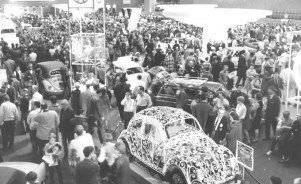 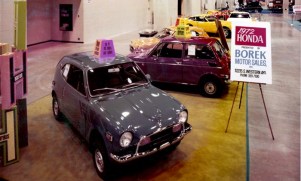 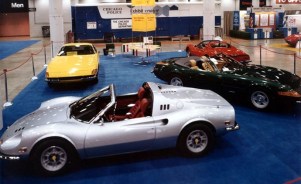 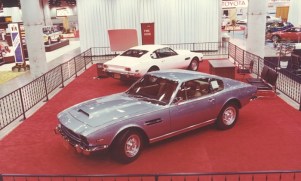 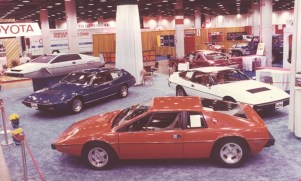 All photos courtesy of the Chicago Motor Show.