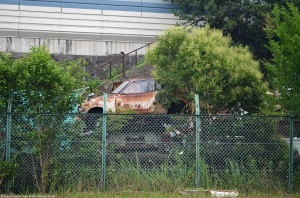 After lengthy negotiations with the owner, we photographed this early-1970s Honda Z at a scrap metal yard located on the outskirts of Tokyo, Japan. The place is well hidden and the only way to access it is by going under a freeway overpass.

The yard was full of miscellaneous scrap metal: Old appliances, literally hundreds of engines, retired construction machines, oil drums and just about anything you can stick a magnet to. There were about half a dozen cars including a Toyota Sienna minivan, a late-model Subaru Outback, several Nissan / Datsun Z coupes and a long-wheelbase Mercedes-Benz w126 that we’ll showcase next week, but the Honda Z pictured below was the oldest – and, arguably, most interesting – car on the lot.

We couldn’t get a very good look at the Z because it was perched high off the ground but it appears to be mostly complete. Japan’s humid climate has not been kind to it, however, and rust has attacked all of its body panels including the roof.

The bulk of the yard’s cars were stacked on top of each other so this Z is relatively well preserved. Is the owner of the business a fan of vintage Hondas, or is he keeping the car out of sentimental value? We weren’t able to find out, and it’s hard to say what the future holds for this kei car. 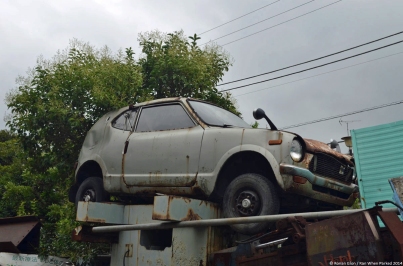 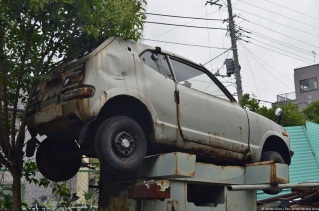 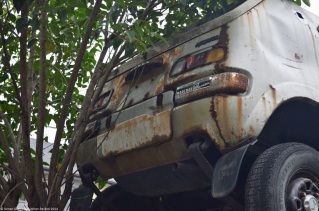 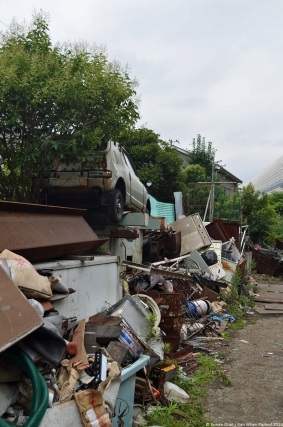