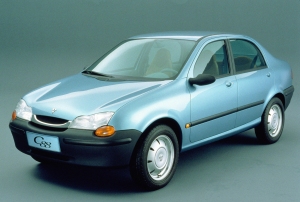 The Chinese government invited about twenty foreign automakers to present an experimental family car at a conference held in Beijing in November of 1994. Period reports indicate government officials promised the best project would be selected and cleared to start production under a joint-venture with state-owned manufacturer First Automotive Works (FAW) at the turn of the century.

At the time, the burgeoning local market was dominated by foreign automakers such as Audi, Volkswagen, Peugeot-Citroën and Jeep who were building cars through joint-ventures formed with local companies. The joint-ventures ensured that an equitable part of the profits generated by the auto industry stayed in China, but they did nothing to change the fact that local companies were entirely dependent on their European partners for technology and know-how.

Chinese officials sought to change that by developing the country’s auto industry in two distinct stages. Set to begin in 1996, the first stage was designed to spawn 2-3 large automakers and 7-8 parts suppliers scattered across the country. China openly admitted it would prop up its nascent industry by banning additional foreign automakers from building cars locally, by instating restrictions on imported vehicles and by giving new car buyers attractive tax incentives.

The second stage was scheduled to kick off anywhere between 2005 and 2010 depending on how quickly the market grew. It aimed for the Chinese auto industry to become entirely autonomous and to start exporting cars to countries all around the globe. The government also predicted the number of suppliers would shrink to three or four by the time the industry growth plan entered the second stage.

The Chinese Beetle
Porsche Engineering Services announced it would be attending the conference and it managed to build a prototype in just four short months. It was christened C88 – the C presumably stood for China, while the number 88 means good luck and fortune in the Chinese culture.

Porsche drew several parallels between the C88 and the original Volkswagen Beetle. Both cars were designed to put an entire country on wheels and consequently had to be simple, affordable, robust, spacious, easy to build, comfortable even on poorly-paved roads and cheap to run.

Porsche talked to business owners and journalists in China to get a clear idea of what drivers were looking for. To further take market-specific preferences into account, an engineer and a technician from China were brought in to participate in the process of designing and building the C88. 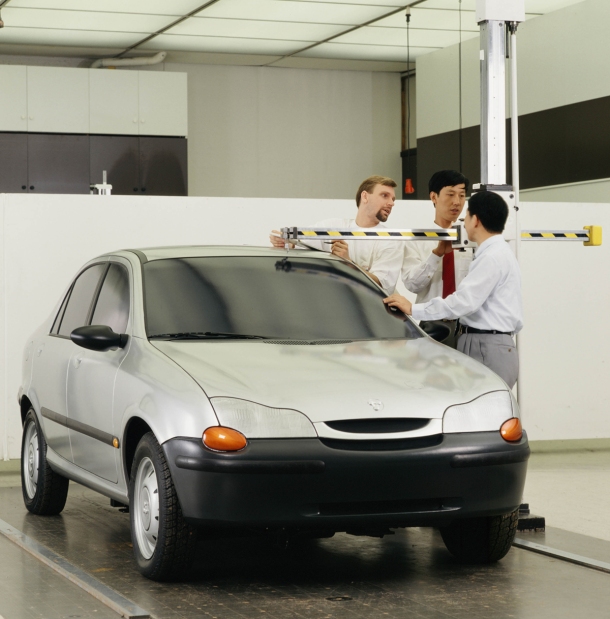 In a speech given in Mandarin, former Porsche CEO Wendelin Wiedeking explained the project was designed to be split up into three distinct cars that would cover a wide portion of the market.

The first car was a no-frills three-door hatchback capable of seating up to four passengers. It was powered by a 1.1-liter four-cylinder engine that sent 47-horsepower to the front wheels via a four-speed automatic transmission. The car took approximately 20 seconds to reach 62 mph (100 km/h) from a stop and was designed to sell for 45,000 RMB.

The second car was a mid-range model that Porsche claimed could easily spawn three- and five-door sedans, a station wagon and even a compact pickup truck. It was powered by the same 47-horsepower engine as the two-door hatchback but the added weight increased its 0-62 time to a lackadaisical 22 seconds. The car was expected to cost anywhere between 60,000 and 65,000 RMB depending on the body style ordered.

The third car was powered by a 67-horsepower version of the 1.1-liter engine that spun the front wheels via a five-speed manual transmission. It was capable of reaching 62 mph from a stop in a respectable 16 seconds and before going on to a top speed of about 100 mph (165 km/h).

If launched, the list of options would have included airbags for the front passengers, ABS brakes and a four-speed automatic transmission. Porsche also planned on offering the car with a naturally-aspirated 1.6-liter diesel engine rated at 67 horsepower. 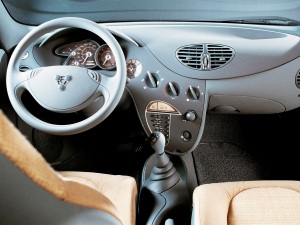 The third model was the only one designed for export markets so it was fully compliant with European safety and emissions norms. The other two cars were capable of passing a European crash test but their engines were not designed to comply with European emissions standards.

Only the third model made it past the drawing board. It was given a soft, discreet design that Porsche believed would not look dated even if it entered production in the early 2000s, and its low-cost vocation was characterized by black plastic bumpers and 15-inch steel wheels.

The Spartan theme was continued inside with a rounded dashboard, a colorful upholstery, a two-spoke steering wheel and an instrument cluster with four analog gauges. The C88 was not designed to be sold as a Porsche and there was not a single Porsche crest to be found anywhere on the car.

Production Plans
Porsche initially planned on building a brand new factory in China capable of churning out anywhere between 300,000 and 500,000 C88-derived cars a year, though production could be easily ramped up if needed. Additionally, the automaker offered to train Chinese engineers in Germany for up to a year to make sure the C88 would be built to the highest standards in the world.

Chrysler, Fiat, Ford, Mercedes-Benz, Mitsubishi, Opel and Porsche all participated in the project with different prototypes. A clear winner was never chosen and the Chinese government quickly shelved the idea of a locally-built people’s car. Many of the participating automakers understandably felt like they had wasted an enormous amount of time and money on a stillborn project.

“The Chinese government said thank you very much and took the ideas for free, and if you look at Chinese cars now, you can see many details of our C88 in them,” said Dieter Landenberger, the manager of Porsche’s archives, in an October 2012 interview with Top Gear Magazine.

Today, the C88 prototype that was presented in Beijing is on display in the Porsche museum. 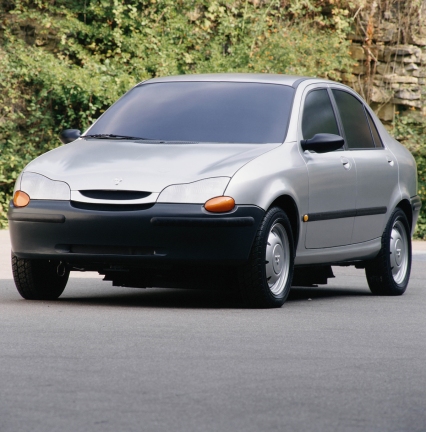 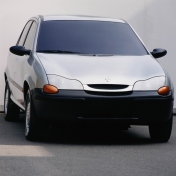 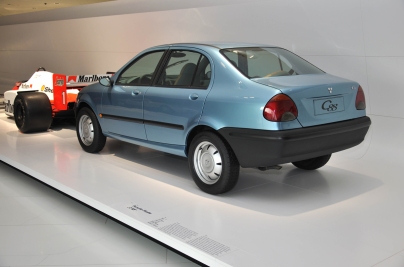 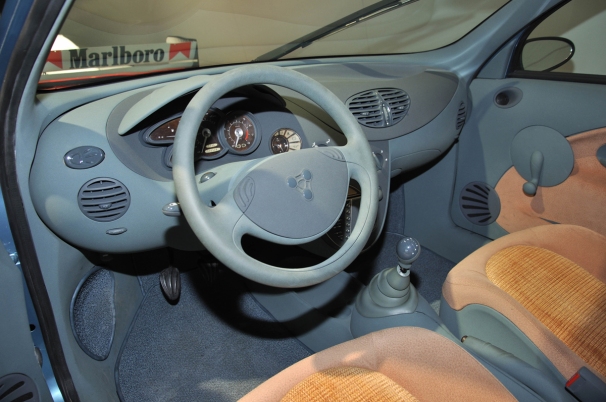 All photos were kindly provided by Porsche’s archives department.

12 thoughts on “A look at the experimental Porsche C88 sedan”