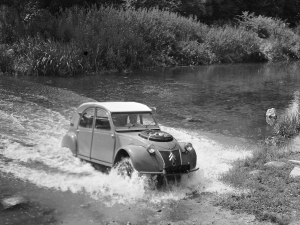 Citroën began to see a market for a more capable version of the 2CV almost immediately after the car debuted in 1948. Although the 2CV’s high ground clearance and long suspension travel made it popular in rural areas, many owners asked the automaker for a four-wheel drive version capable of taking on virtually any terrain while using less fuel than a Jeep Willys or a Land Rover Series I.

Engineers toyed around with a traditional four-wheel drive system but the 2CV’s flat-twin was too anemic to power all four wheels. At the time, an updated 425cc version of the original 375cc mill had just been introduced and Citroën understandably did not want to make additional modifications to the engine for such a low-volume model.

Story has it a particularly resourceful farmer in the Alps solved the problem by installing a second engine in the trunk to spin the rear wheels. Select dealers liked the idea and started performing the unorthodox conversion but the process was not officially approved by Citroën. How many dealers performed the conversion and how many were cars were fitted with a second engine remains a mystery.

The automaker’s research and development department eventually got wind of the twin-engined cars and started developing a similar prototype in the late 1950s with the help of engineers from the recently-acquired Panhard brand. The design process was long and complicated, and a road-ready prototype wasn’t completed until 1958.

The twin-engined 2CV prototype presented to the press in March of 1958 was rough at best, and pictures from the event (below) reveal the biggest modification made to the exterior was a purpose-built decklid that had to remain popped open while driving in order to provide the second engine with adequate air flow. 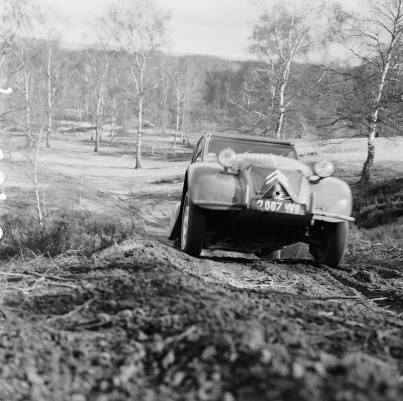 Citroën explained the car was christened 2CV Sahara because it was partially aimed at oil and gas companies operating in the Algerian Sahara, a region that was under French control at the time. Getting around in the Sahara Desert was a Herculean task for most passenger cars and some of the more remote places could only be reached by plane or by large trucks, making even mundane trips extraordinarily expensive.

In hindsight, the press drive served as a pilot program to provide input on what modifications needed to be made to kick off regular production. Presented to the public at the 1958 Paris Motor Show, an updated prototype featured a near-production-ready body with a hood-mounted spare tire held by three straps, a bespoke hood with a single ripple, a purpose-built decklid that could remain closed, louvers in the C-pillars and cut out rear fenders that accommodated a wider track.

The second engine was a stock 14-horsepower 425cc flat-twin mounted backwards in the trunk and linked to a standard four-speed manual transmission. A single floor-mounted gear lever enabled the driver to shift both transmissions at the same time. The Sahara was powered exclusively by the front engine in normal driving conditions, and a lever located in the passenger footwell enabled the driver to engage the second engine when the vehicle was stopped. With both engines producing a total of 28 horsepower, the car could reach a respectable top speed of 100 km/h (62 mph).

Nearly every single vital component was multiplied by two, making the 2CV Sahara remarkably simple for a car with two engines. It was fitted with two ignition barrels, two starter switches, two generators, two voltage regulators and two 15-liter gas tanks mounted under the front seats. Interestingly, the filler necks shot straight out of the tanks and went through each front door.

To handle off-road situations with aplomb, the Sahara featured skid plates on both ends, reinforced suspension arms, a purpose-built chassis and widened rims.

The interior was standard 2CV fare save for electric wipers (stock models had mechanical wipers driven by the speedometer cable) and a rear bench seat that was moved slightly forward to give the engine more breathing room.

Finally launched in February of 1961, the 2CV Sahara got off to a very slow start because it was exceptionally expensive even considering it was little more than a niche product. It cost 10,259 francs in 1965; that same year, a base-model 2CV started at 5,079 francs, a range-topping 2CV AZAM cost 5,813 francs, a Citroën ID 19 sold for 11,905 and a Renault 16, the automaker’s flagship sedan, started at 9,990. Buyers after a sportier car could opt for a 11,400-franc Volkswagen Karmann Ghia.

The 2CV Sahara went through several minor updates including a larger carburetor and a higher compression ratio. Due to a high price, the general impracticality of having two engines and the tiny target audience, only about 690 examples were built by the time production ended in 1966, though some of the last models were sold in 1967. 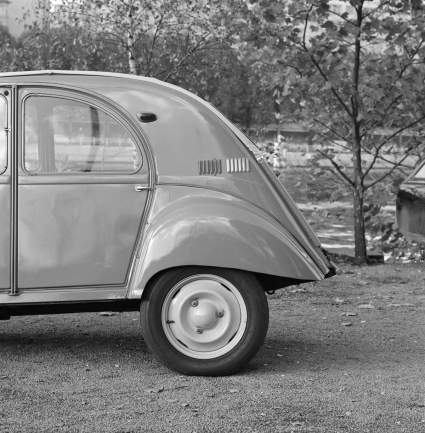 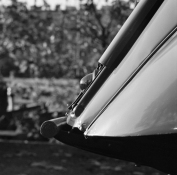 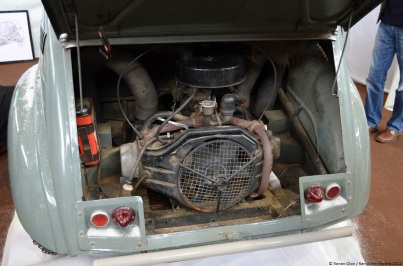 Méhari 4×4
Citroën probably lost money on the Sahara project so no one was shocked when it announced it was not planning on replacing car. The company was recovering from the Panhard fiasco and putting the final touches on an evolution of the 2CV dubbed Dyane so it prefered to allocate its resources to developing the Ami 8, the successor to the Ami 6, and the GS, a mid-range model designed to fill the gaping void between the flat-twin-powered cars and the DS.

Citroën tried the four-wheel drive, two-cylinder concept again in 1979 when it launched the Méhari 4×4. This time around, the car was powered by more conventional drivetrain consisting of a front-mounted 602cc flat-twin, a four-speed manual gearbox, a transfer case and a rear axle. 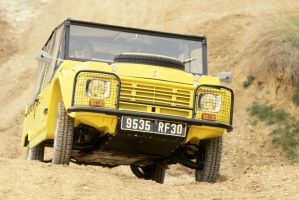 All pictures provided by Citroën’s archives department unless otherwise noted.