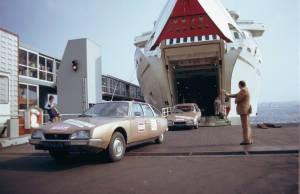 A Holland-based Citroën club called Citroën Forum is celebrating the CX’s 40th birthday by re-creating the media drive that journalists from all across Europe embarked on to discover the automaker’s new flagship in 1974.

Appropriately named CX Raid Arctique 2014, the event will kick off on August 27th of this year in Gällivare, a medium-sized town located north of the Arctic Circle in the picturesque Lapland region of Sweden, and end 3,400 kilometers (2,100 miles) later on September 1st in Paris, France. The club is hoping to cover a rough average of about 500 kilometers (310 miles) a day.

Participants will make numerous sight-seeing stops including driving through a bear park, touring the Saab museum in Trollhättan and visiting several places of interest in Paris such as the epic Citroën Conservatoire and the infamous Cimetière de Montparnasse.

The registration fee is €1,100 (roughly $1,500) if the participants choose to sleep in cabins or €1,300 (about $1,800) if they opt to stay in a hotel. The price includes accommodations, a ferry trip from Gotenburg, Sweden, to Kiel, Germany, eight dinners and the entry fees for the aforementioned sight-seeing detours. Gas, toll booths, insurance and getting to and from the event are not included in the price.

The Raid Arctique 2014 is open to all CX models regardless of age, engine type and body style, and a single GS / GSA is eligible to sign up because a lone example tagged along on the original drive.

Enthusiasts interested in participating the event are encouraged to get in touch with the folks at Citroën Forum by visiting their website or clicking here. 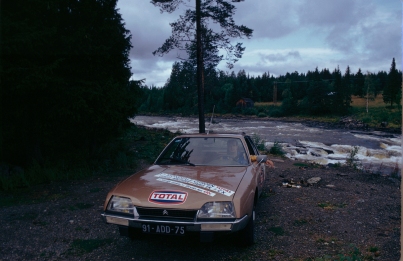 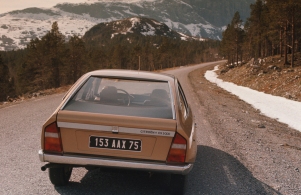