We photographed this Barkas B1000 fire truck at a fire station on a rainy morning in the former East Germany.  Its remarkably good shape led us to believe it had been treated to a full restoration when we first drove past it, but a closer look reveals it is mostly original and but underwent minor body and paint work in the not too distant past.

We doubt this Barkas is still used as a fire truck and what it was doing parked outside of a locked fire station on a Friday morning remains a mystery. Nevertheless, it’s always a delight to see East German cars out in the wild because a vast majority of them were scrapped following the fall of the Berlin Wall.

The Barkas B1000 was one of the few medium-sized commercial vehicles available on the Soviet side of the Iron Curtain so it was sold in a wide variety of configurations including a passenger van, a cargo van, a tow truck, a pickup and so forth.  Built between 1961 and 1991, most examples were powered by a two-stroke DKW-sourced three-cylinder engine that was also found under the hood of the Wartburg 353. The mill was installed between the front seats and power was sent to the front wheels, a forward-thinking setup that made the B1000 more practical than the Volkswagen Bus. 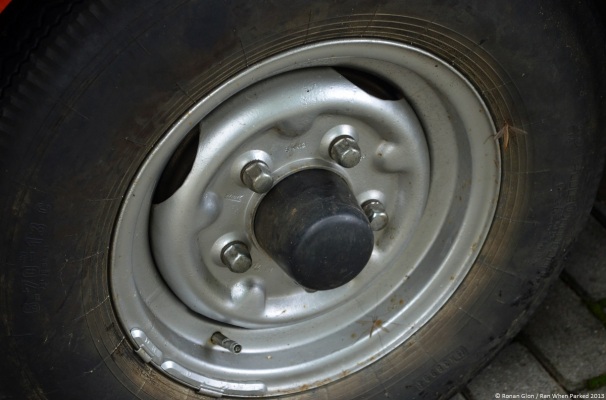