We photographed this first-gen Honda Accord on the streets of San Francisco, California. Likely a 1979 model, it appears to have spent a significant amount of its life within a stone’s throw of the Pacific Ocean. The salty air ravages car bodies year-round and can have worse effects over time than salty roads in mountainous climates by creating rust holes in odd and unexpected places.

This Accord stuck out like a sore thumb in the mass of family-friendly crossovers and late-model European cars by blurring the line between patina and neglect. It has outlived all of its bumper stickers and every single body panel has been attacked by rust – even the roof, which is a fairly uncommon sight.

In spite of its rather rough shape, the Accord wears a current registration sticker, indicating that it still gets through California’s strict safety and emission tests.

First-gen Accords sold in the United States were powered by a Compound Vortex-Controlled Combustion (CVCC) four-cylinder engine that aimed to reduce tailpipe emissions. 1979 examples were powered by a 1.8-liter that sent 72 horsepower and 94 lb-ft. of torque to the front wheels. 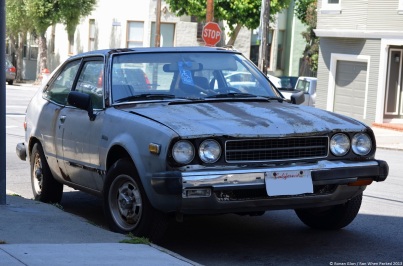 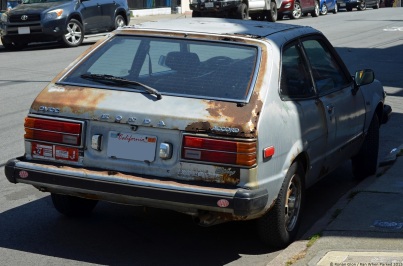