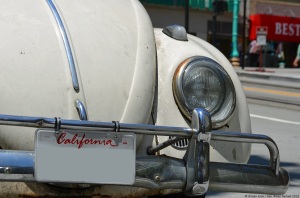 A Volkswagen mechanic once told us that “the days of the daily driver Beetle are over.” His theory was that Beetles were outdated, too slow to keep up with modern traffic, too finicky to provide reliable transportation and best kept as occasional drivers. This early-1960s Beetle photographed on the outskirts of Chinatown in San Francisco, California, is proof that you can still use an air-cooled Volkswagen as a daily driver in the era of touch screen-based infotainment systems and keyless entry.

The dashboard and several small rock chips indicate the Beetle started its life Beryl Green and was resprayed white in the distant past. It suffers from the typical dings and dents associated with cars that have spent a significant portion of their time in big cities, but California’s relatively dry climate appears to have largely spared it from rust.

Save for the paint job, the Beetle is entirely original inside and out, down to the Bendix Sapphire I AM radio. The odometer shows 66,000 miles (106,000 kilometers) but it has likely rolled over at least once over the past five decades.

The daily driver Beetle is certainly not dead but it is undeniably threatened by the rising value of air-cooled Volkswagens. Survivors like the ones pictured below are getting harder and harder to find and fully-restored examples are climbing up in value. Age and performance won’t kill the Beetle, but its days as a daily driver – and as a people’s car – will end when clean examples trade hands for the price of a new Mercedes-Benz and owners are scared to drive them. 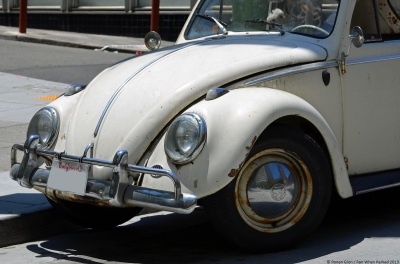 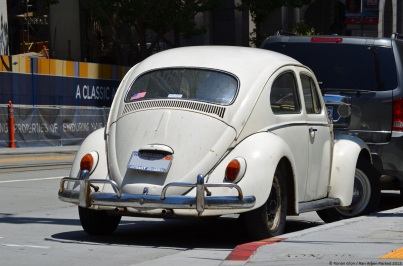 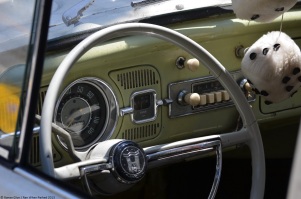 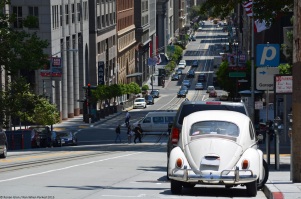