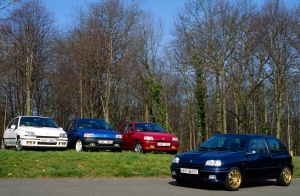 The European hot hatch market had started its decline in the early 1990s but it still had plenty of momentum. 1991 was a good year: Volkswagen had just launched the controversial third-gen GTI, the Peugeot 205 GTi was soldiering on in spite of its age and the 309 GTi was going head-to-head against the Renault 19 16s. Citroën contributed the AX GTI and the BX GTI, and even Fiat tried to take its share of the pie with the Uno Turbo i.e.

Renault joined the fray in May of that year when it launched the Clio 16s, powered by a 16-valve 1.8-liter four-cylinder engine. The 16s was well-engineered, well-built and modern, attributes that enabled it to easily run alongside class heavyweights such as the 205 GTi and the mk3 GTI. It is on the 16s’ bones that Renault developed the Clio Williams, named after the collaboration in Formula 1 between the Williams team and Renault. It landed in Renault showrooms across Europe as a limited-edition model in May of 1993.

Marketing aside, Renault developed the Clio Williams because it needed to homologate a 2.0-liter engine for race use. It didn’t want to dust off an existing unit so it started from scratch – sort of. The Williams’ engine block was the same one that was used in the 1.8-liter 16s but it was bored out by 200 cubic centimeters and fitted with a beefier crankshaft lifted from the Clio diesel parts bin. Block aside, just about every part was specific to the Williams, including the cylinder head, the pistons, the bigger valve and the hydraulic lifters. Like the 16s, the Williams boasted dual overhead cams spun by a belt. 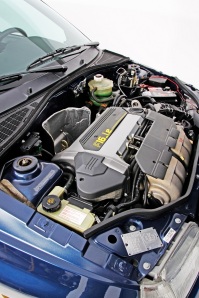 The mill was bolted to a strengthened five-speed manual transmission that used the same gearing as the 16s’ gearbox with the exception of a longer fifth gear. Power steering and disc brakes were fitted as standard, but ABS was never offered.

Offered exclusively as a three-door hatchback, the Williams was only available with a model-specific shade called Sports Blue (paint code 449) paired with eight-spoke 15-inch Speedline rims finished in gold, a contrasting color combination that has often been imitated over the years. The Williams-specific badging was discreet and limited to Williams stickers on the rear quarter panels and on the hatch as well as 2.0 emblems above the fender-mounted side repeaters. Up front, the Williams retained the 16s’ tasteful hood scoop.

Inside, the blue motif continued with blue carpet, blue gauge faces and blue inserts on the shift knob. The gray, cloth-upholstered bucket seats were borrowed from the Renault 19 16s and had a W stitched into the seatbacks. Electric windows came standard, setting the Williams apart from other, more bare-bones competitors. 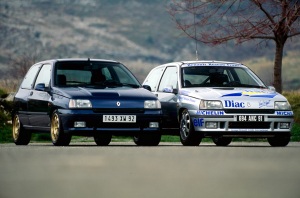 The Williams was initially offered as a limited-edition of 3,800 cars (1,300 more than needed for homologation purposes) with each unit wearing a numbered metal plaque on the dash. The hot hatch sold out quickly, prompting Renault to build 1,600 extra units that were not numbered.

Indeed, the Clio Williams did make lots of other cars blush and quickly became the reference in the early 1990s econorocket scene thanks in part to its very precise handling and its high power-to-weight ratio. 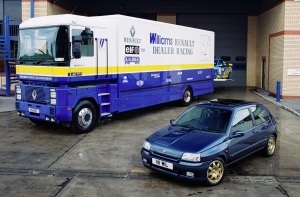 In March of 1994, the Williams underwent the same modifications that were applied to the entire Clio lineup. Mk2 cars gained a different grille, new trim on the doors, revamped tail lamps and other minor additions such as a smaller rear wiper. Very few mk2s were numbered and, for some inexplicable reason, the ones that were didn’t follow a logical sequence. The mk2 also earned the honor of being the only Williams exported outside of Europe, notably to places like Japan and Argentina. Several right-hand drive models were also built for the United Kingdom.

Also in 1994, Daniel Hadorn won the Swiss rally championship at the wheel of a Clio Williams. To celebrate the occasion Renault launched a special edition of the Williams called the Swiss Champion in 1995. Only 500 examples were built and they were all numbered with a plaque on the dash.

The differences between the Swiss Champion and the regular Williams were minor and included a slightly different shade of blue, exclusive “Swiss Champion” logos, a beefed up stereo with a CD changer in the trunk and a model-specific three-spoke steering wheel.

The last examples of the Williams gained an optional sunroof and adopted a lighter color called Monaco Blue (paint code 432). Not numbered, some of these examples are sometimes called mk3 models.

The Clio Williams did not comply with most of the pollution and noise regulations that came into effect throughout Europe in 1996 so Renault killed the car. There were other reasons behind its demise, including the fact that demand for hot hatches had collapsed over the previous years.

The Williams died without a heir but a modified version of its F7R engine lived on in the Mégane 2.0 and the Renault Sport Spider. Renault ended its partnership with the Williams team the following year, so knows what would have become of the hot hatch even if government regulations hadn’t drowned it. 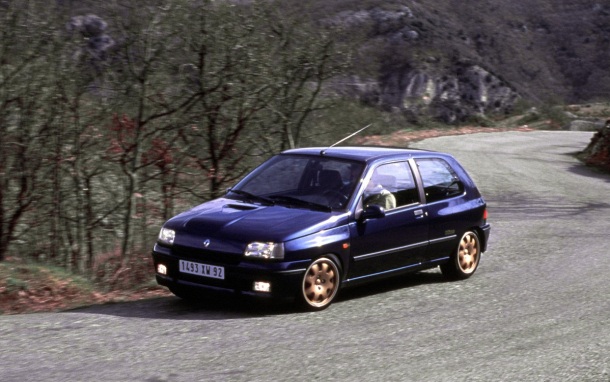 The Williams’ success came at a price. Like most econorockets, it was highly appreciated by car thieves there was no guarantee that it wouldn’t be vandalized – or worse: towed away – if left in the wrong place at the wrong time.

Furthermore, when put in the hands of inexperienced driver many examples wound up in ditches or on their roofs, consequently being sold for parts and often times welded to the good portion of another wrecked car to create a more or less complete vehicle.

“I’ve seen a couple of these with more than one VIN number,” said a state inspector that we talked to. “As long as one of them matches what’s written on the title we can’t say anything about it, but it leaves you to wonder what on earth that car has been through.”

Because of these reasons it is difficult to find a Clio Williams in good shape. Aside from the aforementioned rebuilt ones, many of them have been tuned, poorly maintained, heavily modified for racing or an atrocious combination of any or all of these elements. Well-kept stock examples command a premium, especially the early, numbered cars. 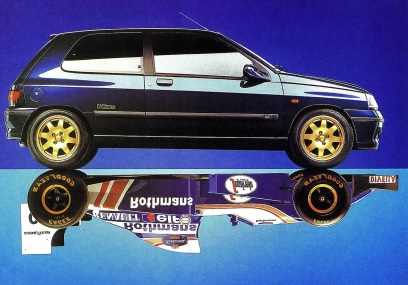 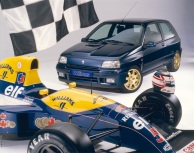 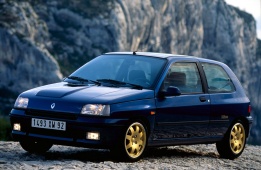 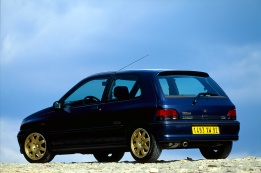 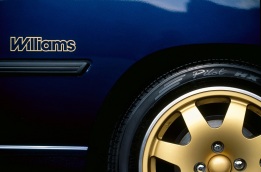 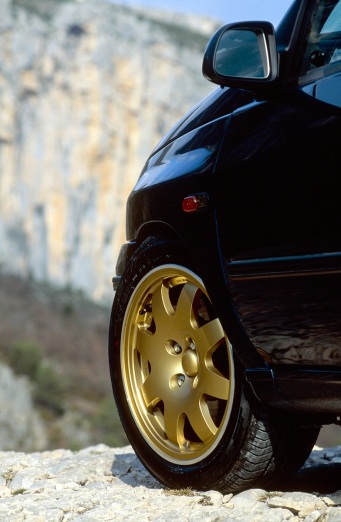 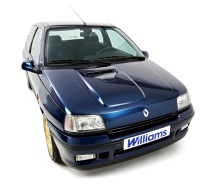 4 thoughts on “20 years ago: Renault launches the Clio Williams”