The city of Velaux, France, held its second annual car show last weekend. It was one of the first car local shows of the year which is risky because in April the weather can change for the worse with very little notice. However, the sun stayed out and the organizers’ gamble seemingly paid off: The show drew an impressive crowd from all around the region to this overgrown village with about 8,000 people.

Most of the cars at the show were at least 40-years old and fully restored. The very few unrestored cars included a second-generation Opel Manta, a Peugeot 304 station wagon, a Citroën Méhari, a Pininfarina-designed Peugeot 504 Coupe with gobs of patina and our very own 1981 Renault 4 F4.

Some of the show’s highlights included a Panhard Dyna Z station wagon finished in an eye-catching shade of blue, a very rare Panhard DB Le Mans, a limited-edition Volkswagen Beetle Jeans that we featured last Sunday and a like-new 1982 Renault 5 GTL. Motorcycle owners were invited to attend and several Motoguzzis and flat-twin powered BMWs were displayed near the show’s entrance.

This year’s edition of the show included a small swap meet and, surprisingly, local Peugeot, Renault, Citroën and Ford dealerships displayed new and late-model cars in the parking lot, an unmistakable sign that the event is growing in size. We attended the first edition of the show two years ago and it was considerably smaller than this year’s. 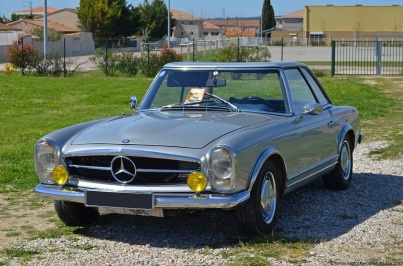 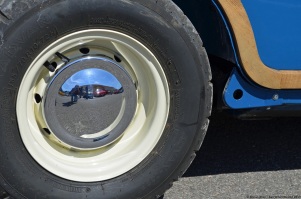 One thought on “The second annual Velaux Rétro car show”