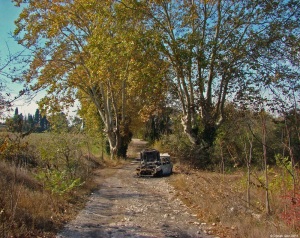 The Peugeot 306 will celebrate its 20th birthday next year. Developed as a successor to the unloved 309 (née Talbot Arizona), the 306 is often remembered as one of the most reliable Peugeots to come out of the 1990s.

When new, the 306 was popular among police officers as a patrol car. Thieves liked it, too and throughout the 1990s and early 2000s it routinely earned the honor of being the most stolen car in France. Today, this illustrious title belongs to the first-generation Renault Twingo.

During its nine-year long production run, the 306 was offered with a full range of gasoline- and diesel-burning four-cylinder engines that ranged from an anemic 59-horsepower 1.1-liter to a potent 16-valve 2.0-liter that made up to 165 ponies in GTi-6 tune.

The car’s diversity extended far beyond its engine bay. It was offered in a wide variety of body styles that consisted of three- and five-door hatchbacks, a roomy station wagon, a rather bland four-door sedan and a sleek convertible that was designed and built by Pininfarina. Peugeot did a good job of regularly redesigning the car so late-model examples don’t look as ancient as many other vehicles designed in the early 1990s.

The last 306 rolled off the assembly line over ten years ago but well-sorted examples can still command several thousand euros even if they are not loaded with options. Will values remain strong over the next decade as early models knock on the door of the collector car market, or will the 306 follow the example set by its predecessors and fly under most buyers’ radars?