Ok, it’s winter and to be honest, there’s a bit of a lack of things to post on here lately. As a result, we’ve come up with the “Great Automotive Failures” editorials and other such things for your enjoyment. But now for something completely different (sort of)…

The 1960s and 1970s had some truly ‘great’ automotive advertising. Many of them unashamedly grabbed males’ attention from a gut level (or maybe lower) without the use of too many things like words or information. Let’s have a look, shall we?

British Leyland had a pretty good grasp on this concept: 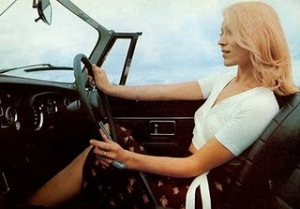 The TR-7 was a little scary. I don’t blame her for hiding.

Ah, the 1970s was a colorful time indeed. Driving a boxy European economy car, combined with loud apparel is sure to get you some girls… 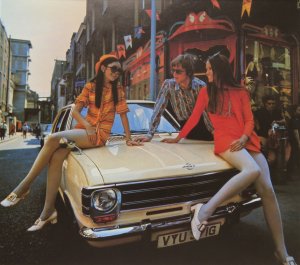 I’m assuming this girl’s RO-80 had a major rotor seal failure right where it’s parked. Might as well get a tan while waiting for the tow truck. 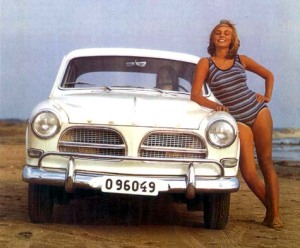 And perhaps best of all, are these fine examples here…

Beautiful landscape in this Zastava ad.

… and then they just stopped trying. I believe they taped a photo of the car to a page out of an Eastern Bloc adult magazine and went to press…

Not a car ad, but still, same concept.